David Adeleke Net worth and Biography

David Adedeji Adeleke was born in Atlanta, Georgia in November 1992. He moved to Lagos at a young age and eventually released his debut studio album Omo Baba Olowo in 2012. Davido released the EP Son of Mercy in 2016.

He is well known for singing in Yoruba and the English language. Which got many fans on Instagram, Facebook and other social media handles.

Davido won the Next Rated award in 2012 at The Headies after releasing “Dami Duro”, the second single from his debut studio album Omo Baba Olowo(2012). Between 2013 and 2015, he also released a number of hit singles and in January 2016 he signed a record deal with Sony Music. He then founded the record label Davido Music Worldwide (DMW), to which acts Dremo, Mayorkun, Peruzzi and Liya have been signed. In July 2016, Davido signed a record deal with Sony’s RCA Records. In October 2016, he released the 5-track EP Son of Mercy, which was supported by the singles “Gbagbe Oshi”, “How Long” and “Coolest Kid in Africa”. In April 2017, Davido re-negotiated his contract with Sony due to creative control issues and later that year he released five singles including “If” and “Fall”. “If” generated worldwide social media activity while “Fall” became the longest-charting Nigerian pop song in Billboard history. Davido has been famously referred to as ‘The king of modern-day afrobeats’.

Davido released, his second studio album A Good Time in November 2019, supported by singles including “Blow My Mind” featuring popular American singer Chris Brown. Davido was cited as one of the Top 100 most influential Africans by New African magazine in 2019. He released his third studio album A Better Time, on Friday 13 November 2020. As of August 2021, Davido is the second most followed African on the social media app Instagram.

David Adeleke started working on his debut studio album Omo Baba Olowo in 2011. The album’s music is a mixture of Afrobeats and hip hop. Davido worked with Jay Sleek, Maleek Berry, GospelOnDeBeatz, Spellz, Dokta Frabz, Mr Chidoo, Theory Soundz and Shizzi to produce the album. Omo Baba Olowo features guest appearances from Naeto C, Sina Rambo, B-Red, Kayswitch, Ice Prince and 2 Face Idibia. It received generally negative reviews from music critics, who panned its lyrical content and Davido’s songwriting. The album won Best R&B/Pop Album and received a nomination for Album of the Year at The Headies 2013. It was also nominated for Best Album of the Year at the 2013 Nigeria Entertainment Awards.

The Naeto C-assisted track “Back When” was released as the album’s lead single on May 7, 2011. It was produced by Davido and received frequent airplay. Davido told television channel Factory 78 he recorded “Back When” in London. The Clarence Peters-directed music video for “Back When” was uploaded to YouTube on May 9, 2011. The album’s second single “Dami Duro”, which was released on October 30, 2011, was jointly produced by Davido and Shizzi. In an interview posted on the NotJustOk website, Davido said he recorded the song in August of that year. The song was leaked three months after he sent it to some of his friends. The accompanying music video for “Dami Duro” was released on January 8, 2012, during the Occupy Nigeria protests

The album’s third single “Ekuro” was released on January 25, 2012. Its music video was recorded and directed in Miami by Antwan Smith. Nigerian singer Aramide released a soulful rendition of the song. The album’s fourth single “Overseas” was released on May 6, 2012; an unfinished version of the song was leaked prior to its official release. The GospelOnDeBeatz-produced track “All of You” was released as the album’s fifth single on September 28, 2012. Davido told Factory 78 TV he recorded the song with GospelOnDeBeatz after meeting him at a mall

David Adeleke Net Worth as of 2022

Davido is one of the richest Musicians in the Nigerian music industry, as of 2022 David Adeleke has a Net worth of $40 Million Dollars. 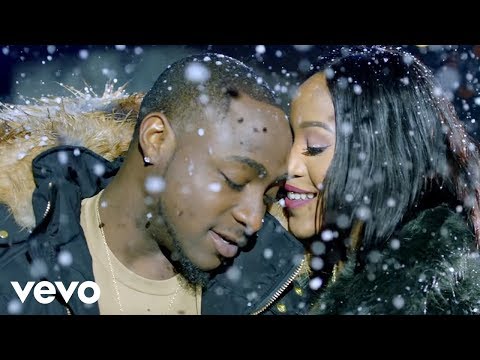 Runda Net Worth and Biography May 2022