Bright Okpocha, better known by his stage name Basketmouth is not again with a new track titled “Horoscopes”. The sweet album was released in 2022 and it contains Nine (9) tracks.

In a career spanning more than two decades, Basketmouth has emerged as one of Nigeria’s most widely-respected comedians, actors and satirists, receiving awards and critical acclaim for his critiques on the intersection of humanity’s evolving landscape, Internet culture and Nigerian histrionics. All of this did not really prepare anyone for his surprise pivot to music-making on 2020’s Yabasi, a left-field body of work that effervescently melded Basketmouth’s adolescent love for hip-hop with the frothing sound of highlife, a storied genre rooted in the Igbo culture of Basketmouth’s Eastern Nigerian heritage.

For his sophomore album, Horoscopes, Basketmouth choose to continue his partnership with producer Duktor Sett, for a body of work that lingers in the melancholic at times but never loses the artist’s characteristic humour. “We are brave with the kind of music we make; it’s not what is trending right now, but we want to make good music,” Basketmouth tells Apple Music. “We believe that it’ll show you a different side of the artists you’ve been listening to because they all came with something different. I’m not trying to prove any point with the album, to be honest, I’m just creating good music.

Complete with contributions from legendary wordsmith M.I Abaga, rising star Buju, and Ghanaian contemporary bards, Efya and Kwabena Kwabena, Horoscopes finds ways to humanise universal emotions like love, struggle, betrayal and wanderlust while giving life to new mediums of expressions within the musical world that Basketmouth has created. (The album also serves as a soundtrack to Scorpio—a feature-length movie scheduled for release in 2022.) Below, Basketmouth (real name Bright Okpocha) talks us through his sophomore album, track-by-track. 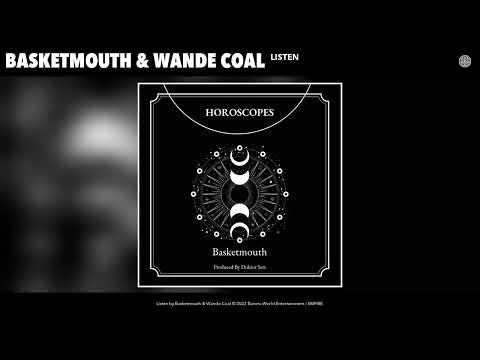